Singapore Is Safe and Secure For Your Business

Singapore is safe and secure, and one of the most politically stable countries in the world — and political stability is an important consideration when you’re finding a location for your business.

In the World Bank’s World Governance Index 2018, Singapore is ranked in the 98.57th percentile for the Political Stability and Absence of Violence/Terrorism indicator. As a comparison, the United States and the United Kingdom ranked in the 61.90th and 48.10th percentiles respectively.

How did this come to be?

Previously a British colony, Singapore transitioned to self-government and subsequently independence post World War II. At that time, Singapore was fraught with economic uncertainty and chaos — a far cry from what we see today.

Through a series of elections and political battles, Singapore’s first Prime Minister — Mr. Lee Kuan Yew (1923 – 2015) — emerged victorious. A shrewd lawyer who graduated from Cambridge, he modeled much of Singapore’s political system after the United Kingdom’s parliamentary system of government.

Lee’s party — the People’s Action Party (PAP) — has been in power since self-government in 1959, even before Singapore’s independence in 1965. Over the years, various opposition parties have sprung up but were unable to shore up sufficient support to form a majority in Parliament.

Nevertheless, the result for businesses is a stable government. This means there’s no messy transition from one governing body to the next, no abrupt, drastic changes in policy adversely affecting livelihoods, and the government’s long-term overarching visions can be brought into fruition without political roadblocks.

Just like many other countries, corruption was a serious problem that plagued Singapore in its infancy. It was how the government of the day handled it that was different.

Singapore takes a zero-tolerance approach towards corruption and introduced legislation to give the Corrupt Practices Investigation Bureau (CPIB) more power — to call up witnesses, investigate bank accounts of suspects and their families, and make arrests. Currently, any person who is convicted of a corruption offense can be fined up to $100,000 or sentenced to imprisonment of up to 5 years or to both.

On the other hand, Lee also believed that ministers must be well-compensated in order to maintain an honest government. To this end, he introduced the concept of benchmarking ministers’ pay to the private sector. Most public servants are also fairly compensated.

With a score of 85/100, Singapore ranks 4th out of 180 countries in the Corruption Perception Index 2019 published by Transparency International.

What this means for your business is that you can be sure that your dealings with the government will go smoothly and efficiently without officials making your life difficult to get kickbacks — a common issue in some other countries in the region.

Unlike many other developed countries, there are hardly any strikes in Singapore. As a business, you don’t need to worry about your workers going on a strike or essential services being disrupted because of strikes.

In a very rare occurrence — the first strike in Singapore since 1986 — 29 mainland Chinese bus drivers were deported from Singapore, while five others were prosecuted and jailed for having participated in an illegal strike in 2012.

Strikes are not entirely outlawed in Singapore, but Singapore’s legislation stipulates what constitutes illegal strikes. Among other things, an industrial action is illegal if it is designed to coerce the Government either directly or by inflicting hardship on the community. Employees employed in essential services including public transport, water, gas, and electrical services cannot go on strike unless they have notified their employer of their intention to strike at least 14 days prior.

Many have said that Lee Kuan Yew ruled Singapore with an iron fist. National security is a key area where this was exercised.

Singapore is infamous for its Internal Security Act (ISA), which grants executive power to carry out several controversial actions in order to preserve national security. These include preventive detention (i.e. detention without a criminal case), banning subversive documents, prohibiting political or quasi-military organizations, and more.

While it has the potential to be abused politically, preventive detention has helped Singapore safeguard its national security. This is especially so in countering organized crime and terrorism threats. Preventive detention allows authorities to take pre-emptive actions to neutralize threats before actual harm is done. According to the Ministry of Home Affairs (MHA), 22 radicalized Singaporeans were dealt with under the ISA since 2015.

The authorities take terrorism threats very seriously — Singapore’s proximity to ISIS hotbeds in Indonesia, Malaysia and the Philippines makes this a necessity. Other than stringent law, the authorities also regularly conduct counter-terrorism exercises, in which mock terrorism crises are enacted and security forces are stress-tested to assess their readiness to respond to a threat.

Under Lee’s leadership Singapore transitioned from “third- world to first” in a single generation. He stepped down in 1990, but his influence in the government was prevalent up until his death in 2015. His legacy lives on to this day: Handpicked successors and well-trained senior officials focus on ensuring that Singapore’s smooth functioning continues for generations to come.

In bringing your business to Singapore, you need not worry that political instability will disrupt your business. Stability is so much ingrained in Singapore’s society, it’s practically considered a given by many in Singapore.

If you are considering offshoring or outsourcing to Singapore, we are happy to help in whatever ways we can. Contact us here for a chat! 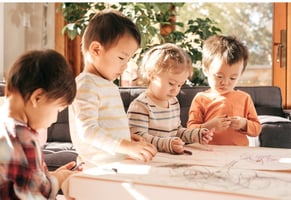 Is the quality of a country’s engineering workforce a key concern for your outsourcing? If so, you... 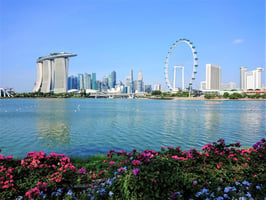 Singapore Is a Great Place to Do Business

Some 7,000 multinational corporations (MNCs) operate out of Singapore, and of these, 46% run their... 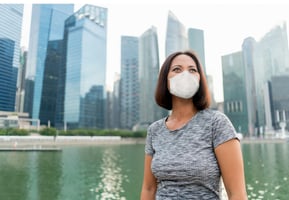 Covid-19 in Singapore: My View from the Ground

For many of us in manufacturing the biggest question from the COVID-19 pandemic is not about if or...