The Future of Lithium Battery

Having explored the pros and cons of lithium batteries in the previous article - the second of a three part series on lithium batteries (Overview of Battery Technologies and Pros and Cons of Li Battery) - it is evidently clear that the lithium batteries’ chemical properties ensure it will be an integral piece of technology in the present and most certainly in the future. The possibilities are endless, especially as new unique innovations continue to emerge that seek to maximise the benefits of the lithium battery.

As such, five key companies have been championing the greater use of lithium batteries and been closely involved in the development of new types of lithium batteries. These five companies - Tesla (US), Northvolt (SE), CATL (CN), Panasonic (JP), and QuantumScape (US) - and their ambitions for and innovations in lithium battery technology will be explored so as to offer a better, more complete picture of what lithium batteries can achieve in the near future.

Tesla’s domination of the electric vehicle (EV) market has ensured it would become the centre of lithium ion innovation for EVs and it since has become the centre, working with other companies previously listed in the development of longer-lasting EV batteries.

The Verge reported that this new battery could be a momentous breakthrough. The removal of the tab - the connector between the battery’s cells and the platform being powered - and the development of new, larger battery cells with a “shingled spiral and thus a shorter electrical/electron path of 50mm instead of 250mm - dubbed the “4860 cells” - could potentially see Tesla’s EV’s range increase by 16%, make batteries six time more powerful, and allow these batteries to have five times the current capacity. However, currently, Tesla will continue to purchase CATL, Panasonic batteries until these new batteries are ready.

Forbes has since reported that Tesla has filed a new lithium ion battery patent in December 2020 for its new “Dioxazolones And Nitrile Sulfites As Electrolyte Additives For Lithium-Ion Batteries” that boasts a new battery chemistry not composed of lithium nickel manganese cobalt oxide (NMC) found in current batteries and would potentially allow Musk to obtain his long-desired “1 million-mile battery pack.”

“The cathode crystal structure and chemical makeup of the new battery means it is far more resistant to the inevitable damage that comes with cycling... we could expect it to hold 95% of its life after 1,000 discharge cycles... The new battery would hold an impressive 90% after 4,000 cycles.” It remains unclear, however, how this new patent fits in with the aforementioned battery developments.

Northvolt has grown to become the main provider of lithium batteries for European EVs. Northvolt has sought to create a more environmentally friendly battery through a cleaner production process and an emphasis on innovative lithium battery recycling processes.

Northvolt aims to build the first lithium-ion battery gigafactory in Europe which will produce Northvolt’s traditional lithium-ion batteries with graphite anodes and lithium hexafluorophosphate electrolytes. It also plans to have the gigafactory produce its new NMC batteries which capitalises on new lithium ion battery technologies that use less and less cobalt and more and more nickel, in addition to thermal management systems and electronics to monitor the charging and discharging of batteries to reduce cathode material degradation.

Northvolt’s newer batteries will carry on this new innovation and have a 8:1:1 ratio of nickel to manganese to cobalt, which would reportedly ensure the energy density of batteries remain high and the maintenance of battery stability and cycle life, according to Chemical and Engineering News. The development of Northvolt’s own hydrometallurgical process to help in old cells and scraps’ recycling - a major issue associated with lithium batteries - can also potentially lead to more renewable batteries.

Chemical and Engineering News stated in the same article that “An inorganic acid will leach metals from shredded cell materials, and a series of liquid-liquid extractions will separate the metals with the help of acidic extraction agents… says that hydrometallurgical treatment is a lot less energy intensive than pyrometallurgy and that many of the recycling reagents can be reused.” According to Business Wire, Northvolt will also be working with Fluence, a major energy storage company, to develop new batteries for grid-scale energy storage as part of its larger environmentally-friendly endeavours..

Furthermore, Wall Street Journal stated that Northvolt has also since acquired the US startup Cuberg and as such gained access to its battery cells that are supposedly denser than regular battery cells, 70% denser says Tech Chrunch. These new batteries are at the same time far more efficient and unlike other newer lithium-ion battery technologies (more on that later), a result of what the Financial Times dubs as QuantumeScape’s unique liquid electrolyte, these new battery technologies can already be integrated into Northvolt’s production process.

As previously mentioned, CATL has emerged as one of Tesla’s key suppliers of lithium batteries for its EVs. It is also arguably the largest global EV battery supplier currently and is reportedly making headways in the development of EV battery technology.

CATL has even beaten out Northvolt and became the first to mass-produce the aforementioned NMC 8:1:1 batteries, says Chemical and Engineering News, though it has since faced manufacturing problems due to the batteries’ cathodes’ reactive nickel ions being highly sensitive to moisture. Supposedly, this development would be the next step to CATL eventually producing batteries that could last sixteen years and 1.2 million miles, the next step after China announced that CATL and Tesla had been given approval to produce Tesla Model 3s with lithium-iron phosphate batteries, as reported by CNBC.

According to a 2021 Reuters article, however, CATL has been developing a new experimental battery model with Tesla. Reportedly, “[the] new technology integrates cells directly onto an EV’s frame to increase the energy density of battery systems. CATL Chairman Zeng Yuqun has said electric vehicles could attain driving ranges of over 800 km (500 miles) with [cell-to-chassis battery] technology, adding that CATL aims to launch the technology before 2030.”

Beyond Tesla, according to a different Reuters article, CATL is reportedly also in talks with Apple to have CATL’s lithium iron phosphate batteries integrated into Apple electronic products as CATL’s batteries are supposedly cheaper, owing to the use of iron instead of nickel and cobalt which are considerably more expensive than iron. CATL will also be supplying BMW EVs, in addition to setting up a plant in Germany for USD 2 billion and in Indonesia for USD 5 billion, reports the South China Morning Post.

While Panasonic has a wide range of different lithium ion batteries line, it is also another major supplier to Tesla, and has thus been experiencing additional pressures from CATL. Consequently, it has sought to gain the advantage over CATL.

Consequently, “Panasonic… plans to boost the energy density of ‘2170’ battery cells it supplies to Tesla... by 20% in five years and commercialize a cobalt-free version ‘in two to three years,’” writes Reuters. The nickel-cobalt-aluminium-based 2170 lithium-ion cells were initially introduced by Panasonic in 2017 for use in Tesla’s Model 3 and is potentially the lithium-ion battery with the highest energy density currently at 700 watt-hour/litre. The development of a cobalt-free version could make these batteries even cheaper and eliminate the use of the ethically-contentious cobalt (cobalt is mainly mined in the DRC).

Despite this and the fact that Panasonic has already cut cobalt content to under 5% in the various batteries’ cathodes, CATL is already currently supplying Tesla with cobalt-free lithium iron phosphate batteries, as previously mentioned. Nonetheless, batteries with 2170 cells reportedly have a higher energy density twice that of CATL’s, with 2170 celled batteries seeing more than a 5% increase in energy density recently. These batteries will continue to see their composition and design improved upon for greater thermal stability and overall more controlled lithium ion battery safety risks.

Nikkei also states that Panasonic will also reportedly be involved in the manufacturing of prototypes and actual models for Tesla’s 4680 cell batteries, though this remains unclear. “Tesla revealed on Monday that it has signed a new pricing agreement with Panasonic for lithium-ion batteries. However, it did not specify whether this involves the 4680 battery cell, a more cost-efficient unit that Tesla unveiled in September last year, which the company said would significantly reduce the cost of electric vehicles.”

Essentially, solid-state batteries differ from conventional batteries, lithium or otherwise, in that electrolytes in solid-states are solid-based and not liquid-based. Additionally, solid-state anodes are made from pure lithium, creating an incredibly energy dense and incredibly fast charging battery that is virtually inflammable. Test results indicate that QuantumScape’s solid-state’s cells can charge to 8% in fifteen minutes, the battery retains 80% of capacity after charging 800 times, and that the battery has an energy density of 1,000 watt-hour/litre.

Inflammability, quick recharge, limited effects to charge memory, and high energy density essentially negate all the negative aspects typically associated with installing lithium batteries in EVs. Moreover, while its cathode is made up of NMC and thus uses the costly and controversial cobalt, its anode is pure lithium as previously mentioned. “[But] it's more accurate to say that it doesn’t have an anode at all, since it’s manufactured without one,” writes Wired.

It continues, “When the battery discharges during use, all of the lithium flows from the anode to the cathode. The vacancy left on the anode side—thinner than a human hair—is temporarily compressed like an accordion. The process reverses when the battery is charged, and the lithium ions flood into the anode space again.” Importantly, an anode-free design allows the solid-state batteries to be mass-produced using current manufacturing capabilities. However, it can be argued that the solid electrolyte is the most important technology in the solid-state.

The solid electrolyte crucially acts as a barrier to lithium dendrites, preventing them from getting to the cathode. Should the dendrites, or tendrils that form on the lithium anodes during charge cycles, reach the cathode they can cause a short circuit or fire. Finding a suitable material for the solid electrolyte has been key (previous materials including most ceramics were too fragile) and has thus become the USP to QuantumScape’s new batteries. Forbes and Bloomberg now believe the key challenge would be to ensure individual cells with solid electrolytes can work together as a battery. The next issue being mass production. 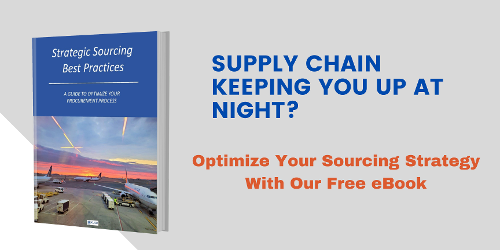 Introduction   As lithium batteries become more and more prevalent, whether they be in our... 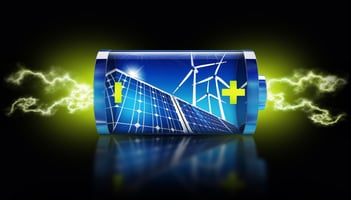 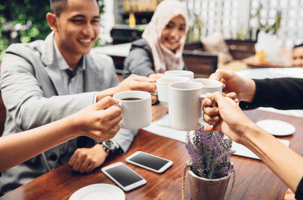 Simmering trade disputes between the US and China burst onto the surface in 2018. As a result,...