Why Is Japan Incentivizing Companies to Leave China

“We have become dependent on China… We need to make supply chains more robust and diverse, broadening our supply sources and increasing domestic production,”said Japanese Minister for Economy, Trade, and Industry (METI) Yasutoshi Nishimura as detailed in a June 2020 article by Reute. A few months prior, Japan unveiled a new program to subsidize companies to reshore to Japan and to relocate to Southeast Asia, thereby reducing its reliance on China. In light of such a significant development, it is thus important to remain informed.

This is so as  to better understand the impact this policy has had not only on Japan’s economy, the potential economic effects on Southeast Asia, and the potential impact it may have on your company thereafter. This article seeks to do just that by outlining the policy itself, elaborating on why Japan is incentivizing companies to leave China, offering analysis on the risks for Japan’s economy, before finally listing examples of companies that have since left China.

The Japanese manufacturing subsidy is evidently an attempt by Japan to reduce economic risks associated with China by incentivizing Japanese manufacturing companies through subsidies to leave China. Manufacturing companies that produce goods vital to public health or manufacturing companies key to Japanese economic competitive advantages have been prioritized under the JPY 15 billion per project project. In 2020, JPY 305 billion or USD 3 billion in subsidies were given to 57 companies in the first round and 146 companies in the second round according to September 2020 and January 2021 Nikkei articles. A third round is expected to be announced soon, having been included in the next annual budget finalized by the Diet in April. Bloomberg believes an additional JPY 222.50 billion or USD 2.1 billion will be allocated within the 2021-2022 national budget.

Interestingly, Japanese officials did not mention China when publicly discussing the third round of subsidies, choosing instead to voice their desire to strengthen partnership with ASEAN and India - regional powers that have sought to balance the major power competition in the region. Of the 81 Japanese overseas companies/projects which mainly focus on producing medical items (e.g. Fujifilm and Covid-19 test kits in Vietnam) and auto parts (e.g. Panasonic and auto parts in Vietnam), most have based themselves in Vietnam and Thailand. It must be noted, however, a different report in June 2020 by Bloomberg stated seven Japanese companies (again including Panasonic will relocate to Indonesia, bringing with them investment valued at USD 850 million.

Why is Japan Incentivizing Companies to Leave China?

Initiatives aimed at relocating Japanese companies based in China is not a new phenomenon. In fact, policymakers have been worried about Japan’s dependence on China as a production hub since the early 2000s. Then, rising labor costs helped facilitate the formulation of the “China Plus One” strategy which sought to reduce Japanese dependency on China by having individual companies establish facilities in other states when establishing facilities in China. 2012 bilateral tensions between the two states only furthered the strategy, with more and more Japanese companies looking to diversify operations particularly to Southeast Asia, states Reuters. Concurrently, initiatives have been implemented around the same time as the strategy to bring Japanese companies back home to varying degrees of success.

However, unlike the modest and short-lived success of the initiative, following March 2011 earthquakes in Japan, which allocated JPY 200 billion and was hampered by high production costs in Japan and of course the earthquake, the greater uncertainty and more numerous risks brought on by the US-China trade war means a greater number of Japanese companies would be more inclined to return home. This trend is further strengthened by rising labor costs in China. NIkkei reports that “[in] a 2019 survey of Japanese companies by the Japan External Trade Organization, which used manufacturing costs in Japan as the base of 100, costs in China came in at 80, with Vietnam somewhat lower at 74.”

Though METI officials have thus far declined assertions that the selection of subsidy recipients did not account for national security considerations, with some officials arguing the entire programme merely a means to bring back home crucial Japanese industries (see: Nikkei) this is highly unlikely. Evidence suggests that Japan has increasingly sought to improve economic relations with other QUAD - the preeminent China containment security organization - states such as India and Australia and establish a more free, fair, and predictable trade agreement. The Global Policy Journal writes that an initiative was even implemented by Japan and India to create more resilient supply chains with as little involvement from China as possible.

What are the Risks for the Japanese Economy?

There could be significant implications for the Japanese economy. China is after all the second largest economy and a major trade partner for Japan. China’s large market, reliable infrastructure, limited regulatory oversight, and low taxes have been assets to Japanese firms operating in China, says Global Policy Journal. Consequently, as it stands, it remains to be seen whether Japanese firms will return home to Japan owing to the uneconomical costs of doing so. The s still out on whether or not the subsidies will be enough to warrant such a relocation. In fact, many Japanese firms that received the subsidy and with facilities in both Japan and China have simply kept both facilities running, allocating funds from the subsidy to improve their facilities in Japan while maintaining production outputs in its Chinese facilities.

Though some analysts argue the subsidy can help facilitate greater domestic investment, others are inherently worried by the aforementioned loophole combined with the overall costs of the programme on the national budget, in addition to the fact that the subsidy programme prioritizes more specialized manufacturing companies and not (relatively) more labor-intensive consumer goods manufacturing companies which would stand to benefit the most from subsidies. Reuters states that firms themselves view the relocation to Japan as somewhat impractical and uneconomical considering they employ “just-in-time” production models or, simply put, the parts they produce are too large to be produced in Japan then sent overseas to customers or assembly plants.

For example, Yorozu Corp, which manufactures automobile suspension parts in Wuhan, China which are then sent to seven kilometers to a Honda assembly plant. Though, conversely, being based in Japan could also allow for the creation of more high tech production lines which could cut costs in the long-term. This would require subsidies to cover the relocation of R&D facilities from China to Japan which has not necessarily been the case thus far. Japanese firms argued that subsidies would need to cover these costs as simply put wherever the software is developed is where the hardware gets produced.

Furthermore, East Asia Forum has warned against such nativist policies such as reshoring supply chains so hastily, especially considering current pandemic conditions. It argues that these policies may undercut competitiveness of firms while simultaneously raising the price of goods for customers. In addition, firms would be trading global shocks and/or crises for localised but more immediate shocks and/or crises (e.g. floods, blackouts, social upheaval) that firms could weather more easily should it prioritize the creation or the firm’s role in a global supply chain. In essence, reshoring in this instance could see the “greater concentration of risk.” However, despite the doom and gloom, it does seem that the subsidies have been more evenly spread than previously considered and not so much driven by nativist undertones. In fact, Japanese firms in China have been more inclined towards moving to Southeast Asia as evidenced by the aforementioned firms relocating to Vietnam, Thailand, and Indonesia.

What are Examples of Companies that Have Relocated from China?

Washington Post reported that one of the first companies that received the subsidy was consumer goods producer Iris Ohyama which, prior to the subsidy, already began to move production out of China including the firm’s highly important surgical face mask plants. It reasoned that the increasing labor costs, increasingly tight regulations environment, and the tariffs brought on by the US-China Trade War were all simply too costly. Iris Ohyama has since began producing face masks in Japan and in Southeast Asia. Similar logic dictated the pharmaceutical company Ace Japan’s relocation away from China. Due to new regulations, the firm was unable to bring in necessary ingredients to produce its goods, a fact compounded by the coronavirus pandemic’s impact on the supply chain.

On the other hand, key semiconductor manufacturers such as Mitsubishi Electric, Uyemura & Co., and Japanese firms supplying components or services to regional semiconductor giants such as Taiwan Semiconductor Manufacturing Co. have also received the “China exit subsidy.” This could be crucial as the global chip shortage has ramped up recently.  Interestingly, Uyemura, a chemical manufacturer that also specializes in electroplating services needed to bind semiconductors, chip components, etc., has begun using its subsidy to diversify sources of raw materials to other Southeast Asian states.

Speaking of Southeast Asia, in addition to the aforementioned companies, Fujikin Inc., also involved in semiconductor manufacturing through the production of parts used in semiconductor manufacturing, has benefitted from the subsidies. Two-thirds of costs associated with relocating production from China to Vietnam will be covered by the subsidy. Though, Fujikin had already planned to relocate to Vietnam prior to the announcement of the subsidy, a predicament evident in a multitude of firms and not just Fujikin Inc. Simply put, the phenomenon of Japanese firms relocating to Southeast Asia is not a new predicament and had already begun prior to the new subsidy and even prior to the Covid-19 pandemic, states Bloomberg.

What It Means For You

Ultimately, it should come as no surprise that the Japanese Government is incentivizing China-based companies to relocate to Southeast Asia. And more recently, Prime Minister Suga chose to visit Vietnam and Indonesia as his first international visits. This isn’t a coincidence, and speaks volumes about Japan’s commitment to balancing Chinese influence through its partners in Southeast Asia .

In this regard, Kusu is always ready to help when it comes to identifying external factors that may affect manufacturing in Southeast Asia, establish a foothold in Southeast Asia and/or to aid in whatever queries you may have. 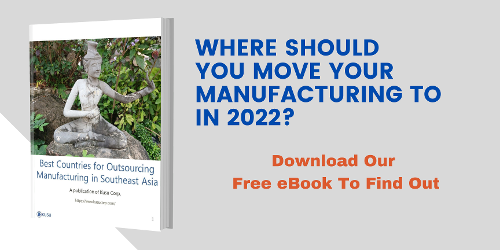 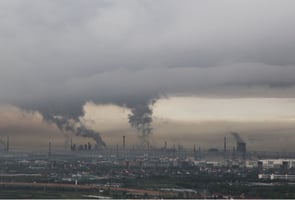 The time has never been better for companies to diversify their supply chain away from China. But... 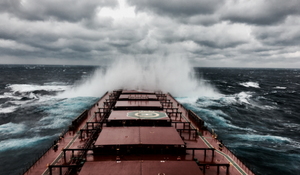 The South China Sea disputes have been a source of geopolitical tensions between Southeast Asia and... 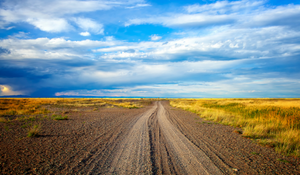 Is The War In Ukraine Threatening China's Belt And Road Initiative?

The Russian war in Ukraine has been a devastating war for all, with the ramifications of the war...