More than 40 countries led by Canada voiced grave concerns at the UN Human Rights Council on Tuesday (June 22) about China's actions in Xinjiang, Hong Kong and Tibet - triggering a fierce backlash from Beijing.

The widely anticipated joint statement had been in the pipeline for several days and was delivered on day two of the 47th session of the council in Geneva.

"We are gravely concerned about the human rights situation in the Xinjiang Uighur Autonomous Region," Canada's ambassador Leslie Norton said.

The statement was backed by Australia, Britain, France, Germany, Italy, Japan, Spain and the United States, among others.

Beijing must allow UN rights chief Michelle Bachelet and other independent observers "immediate, meaningful and unfettered access" to Xinjiang, and end the "arbitrary detention" of Uighurs and other Muslim minorities, it said.

"Credible reports indicate that over a million people have been arbitrarily detained in Xinjiang and that there is widespread surveillance disproportionately targeting Uighurs and members of other minorities and restrictions on fundamental freedoms and Uighur culture," it said.

From seabed to a museum: How divers recovered artefacts from Singapore's historic shipwrecks.

At an hour when most people are snugly in bed, five divers are already on board a vessel - and on their way to a spot a good 24 nautical miles away from mainland Singapore.

Some bleary eyes are not unexpected in the pre-dawn hour, but a sense of mission pervades on May 22, as they are on their way to a "treasure hunt" - a maritime excavation, to be precise.

They want to get to the site, near Pedra Branca, as soon as they can so that diving time in the day is maximised, when the light is good.

The site is where a historical shipwreck had been discovered in 2019 - the second one that was found in the area after the first was detected in 2016 - and the five are going back there to continue their work in Singapore's first major maritime excavation exercise.

Two boatmen are taking them on the long journey, so the divers have time to brace themselves for a good day's work - sipping a warm beverage, enjoying the morning breeze out at sea.

Want to understand the Biden administration’s China strategy? Set aside the South China Sea and the Quad. A more useful marker of the administration’s thinking may come from a South Korean company that few in Washington have ever heard of. Magnachip, based in South Korea, produces a type of semiconductor needed in the most advanced screens, such as those for the newest smartphones. It’s a small company, with revenues of around $500 million last year, a tiny fraction of chip industry behemoths like Intel or Taiwan’s TSMC. But the Biden administration is now blocking its purchase by a Chinese private equity fund. The fate of the deal will send a major message about how Washington is thinking about the United States’ economic relationship with China.

Since taking power in January, U.S. President Joe Biden has quietly shelved discussion of “decoupling,” the idea advocated by some aides of former U.S. President Donald Trump of severing economic ties with China. Talk of a trade war with China has been abandoned, too, although Trump’s tariffs remain in place for now. Biden has presided over a deepening of Wall Street’s ties with China, continuing a Trump-era trend. The main new initiative from the Biden administration has been to issue a new report on America’s supply chains, which mentions China but frames the challenge as building resilience, not bashing Beijing.

Singapore is drawing up a road map on how to live more normally with COVID-19 on expectations that the virus will become endemic like influenza and as vaccination rates pick up, said ministers leading the country's virus-fighting task force.

The city-state has vaccinated about half its 5.7 million population with least one dose of vaccines developed by Pfizer-BioNTech (PFE.N), (22UAy.DE) and Moderna (MRNA.O).

While Singapore's vaccination pace is relatively high, the country has been slower at resuming social activities and travel, compared with other places with similar inoculation rates.

"It has been 18 months since the pandemic started, and our people are battle-weary. All are asking: When and how will the pandemic end?" ministers Gan Kim Yong, Lawrence Wong and Ong Ye Kung said in an opinion piece in The Straits Times newspaper on Thursday. 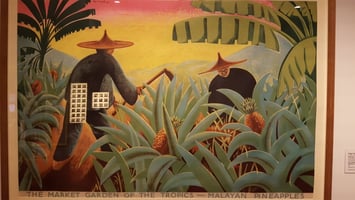