SINGAPORE has a three-pronged strategy to help achieve the goal of growing the country's manufacturing sector by 50 per cent by 2030.

Marvin Lee, vice-president for semiconductors at the Singapore Economic Development Board (EDB), outlined the three key areas, which are: attracting frontier investments, developing and transforming local enterprises in advanced manufacturing; and developing talent in the field.

In a presentation at the speaking at Semiconductor Business Connect event on Tuesday, he said that Singapore's strengths in having a diversified manufacturing base has enabled the country to remain competitive, but that more must be done to build on the good work that it has achieved so far.

"We must aspire to be a centre of innovation, create core intellectual property and compete on the basis of R&D, innovation and knowledge," he said, adding that there is still much room for growth in the semiconductor industry as he expects the sector to double in size over the next decade.

Indonesia, Malaysia and the Philippines plan to get millions of doses later this year

Developing countries in Southeast Asia are increasingly turning to Western vaccines as the pace of immunizations slows in the U.S. and supplies open up, marking a shift from a reliance on Chinese vaccines earlier in the year.

In recent days, Indonesia and Malaysia have said they expect to receive millions of doses of a vaccine developed by Pfizer Inc. and BioNTech SE in the second half of the year. The Philippines has already started receiving doses of vaccines from Moderna Inc. and Pfizer, and expects millions more in the coming months.

The bulk of vaccines in Indonesia and the Philippines in the first half of the year came from China’s Sinovac Biotech Ltd., and Malaysia had mainly relied on a mix of Sinovac and Pfizer. The countries haven’t cited concerns over Sinovac’s efficacy as a reason for taking up Western vaccines, though Indonesia recently said it planned to give a booster shot to healthcare workers who had received two doses of the Sinovac shot.

The pivot to Western vaccines comes as Covid-19 cases have been rising rapidly throughout the region and in other parts of the developing world as the highly contagious Delta variant spreads world-wide.

“There’s a shift,” said Chong Ja Ian, a professor of political science at the National University of Singapore. “The shortages and the effects of the hoarding are easing up a bit such that countries that want the Moderna and Pfizer are able to get it now.”

The change gives the U.S. and its allies a chance to win back some goodwill with some political leaders in the developing world who had been frustrated that Western countries gave priority to their own populations for vaccination.

Singapore’s success as a financial hub has long been tied to its openness to global talent. But as the city-state battles to recover from its worst recession, a backlash in some quarters against overseas workers has again forced its way up the political agenda.

Opposition politicians are stepping up scrutiny of jobs taken up by expats, as this perennial debate about Singapore’s reliance on foreign labor sharpens. Some 70% of residents called for strict limits on the number of foreigners coming into the country, according to a survey by the Institute of Policy Studies released earlier this year, even as ministers have recently tried to drive home the importance of attracting talent. More debate in parliament is expected in the coming months.

“We have about four to five local universities that produce so many graduates every year. Things aren’t like 60 years ago,” said Kian Peng, a freelance photographer. “Is the government sure that we still need so many foreign PMEs?” he said, using a common abbreviation for white-collar workers including professionals, managers and executives. 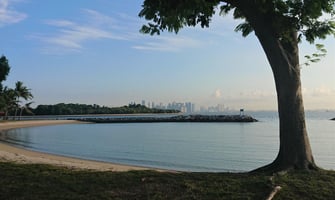 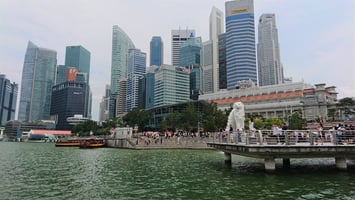